A couple of years ago, moved to a new blog:

www.newpagepinned.blogspot.com
Posted by gh at 10:03 PM No comments:

Someone is cooking in his kitchen, i can smell the aroma of food.
Posted by gh at 4:11 PM 1 comment: 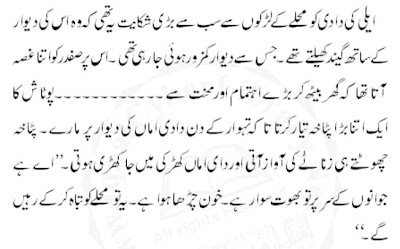 June 13, 2007: By the river Piedra i sat down and wept. But what happened in Pakistan? By the Lahore canal Sharfoo sat down, ate mangoes, poured a pitcher of Kachi Lassi in his stomach and left.
Posted by gh at 5:35 PM 9 comments:

Professor in class today: Sometimes we really have to keep our cool. Once a student called me a couple of hours before paper and asked which particular text book we should follow for this course? And we have to answer!
Posted by gh at 6:22 PM 6 comments:


What a magnificent crosswind landing on a short final - worth a watch!
Posted by gh at 8:41 AM 6 comments:

Room Temperature Conditions: Comforting warm, but not for my laptop as it's fan struggles to rotate at higher rpm to keep the operating temperature within limits and makes more noise - breaking the pin drop silence. May be in a few minutes i'll be switching the heater off as after five in the morning, economy tarrif ends and each consumed electricity unit is charged at a higher rate, almost double!

Well, I can feel the strong odor of apple flavored camomile tea, wafting from a tea-bag in the cup resting on the side table, i finished three hours ago. A couple of days earlier i was watching Zavia, where in one episode Ashfaq Ahmad had recommended it for a peaceful sleep without the aid of sleeping pills, in his impeccable philosophical tone and impact. Convincing enough, as it was, next time when i went to the store i bought a pack and came back happily. Today i tried it with hope of a miracle the tea would do to me, but nothing happened, except i enjoyed the flavor and wanted to have another cup in a succession, but my sluggishness and comparatively very cold kitchen prohibited me from leaving the room. Nothing great, just a tea, take it with milk and sugar or without it- as its' pack reads. May be there are some philosophical ties that work for philosophical minds only, not for idle minds (like mine? here i put a small question mark).

I had been reading the new found FL360 blog, maintained by a senior commercial pilot of an American airline, and after going through three-fourths of archives, spread over four years, i am well acquaint with some technical details/terms, now i know what fuel burn calculations are, the role of tailwinds/headwinds and their impact on cruising speed at different altitudes, tough and busy life of pilots, so on and so on. The blog was find of the month! That was what i wanted to read and think about.


Meanwhile I was pretty sick of reading posts filled with narcissism, a few bloggers, obsessed with self love, it was always oh-a-critic-again, my-space-i-am-in-charge-here. These are the blogs with a narcissist writer and sycophant courtiers. They can't bear the criticism, they can't hold the truth. The deserve to remain in their dark kingdoms of obsession blinded by a crowd of similar nature - true that birds of the same feather flock together. 'Who cares' (as it's the only way i can put it so mildly). Show them their real face and move on - you landed at a wrong place.


No traffic on this page, urdu post wasted, at least i wanted it to be read. Make a couple of phone calls before hitting the sack but a glass of water first - i am quite thirsty and this notebook needs a rest too.

All's well that ends well, so just struggling to complete the tasks nicely - as perfectly and correctly as possible. Now it's a race against time and I still have to pick up the right momentum. But certainly there is some nostalgia in air - about graduation, summer 2004, it's vacations, preparation leaves, night long untiring solo study sessions, fm 89, several cups of tea, well lit tv lounge, aroma of LoN wafting through the open door into the lounge, just magnificent; i was at my best. Four years from now life was quite good!

Next study session begins after 1.25 hours.

Time to get back to work seriously, hopefully in next fifteen minutes - umm?
Posted by gh at 10:43 PM 2 comments:

It is sad, when you have to concentrate on studies, you start finding nice blogs, your interest develops even in the most boring stuff on the internet. For example yesterday i found many nice blogs, websites of a Karachi based NGO The Second Floor and an excerpt of Dancing Girls of Lahore. Needless to say i hate science and Islamablah (typical attitude of a blogger).